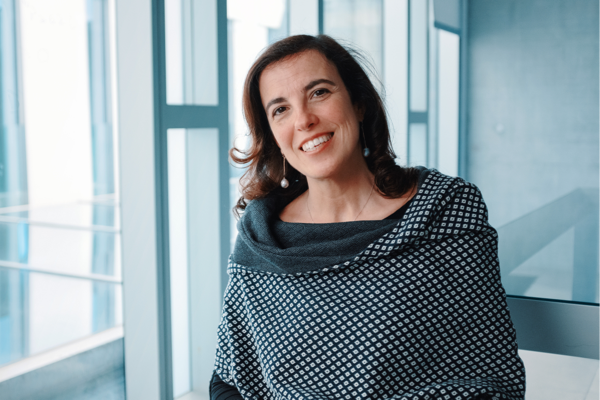 Motivation: For her significant contributions in studying the role of trust, norm enforcement and identity in economics. Her work bringing theoretical insights to data in innovative ways to provide robust empirical evidence on these issues. She is an excellent communicator, and has provided important leadership, most recently in terms of creating a thriving European Job Market.

Motivation: Ekaterina Zhuravskaya is a leading scholar in empirical political economics, and she is a world leader in the important and growing area studying the economics of the media. Her influential contributions have shown that the media can have profound political effects in important contemporary and historical settings, both in democracies and in autocracies. She has also done outstanding work in economic development, which has enhanced our understanding of the economic and political challenges faced by middle income countries and transition economies. In these areas, she has worked on a broad range of questions, from federalism, to the introduction of new laws such as bankruptcy laws, to privatization, corruption, ethnic diversity, and entrepreneurship. Finally, she has also made important contributions to building research capacity in Russia and in France.

Motivation: Lucrezia Reichlin is a leading scholar in econometric methods and empirical macroeconomics. She has developed influential methods for applied time series analysis that extract information from many economic time series. The “large n” dynamic factor model has become a key tool for business cycle forecasting and the characterization of business cycles. Prior empirical research had studied business cycles by investigating the behavior of a handful of economic time series, such as inflation, interest rates, employment and output. The methods developed by Lucrezia Reichlin allow researchers to characterize the time series variation of a much larger number of series -- including, for example, series by industrial sector or by geographic region - by extracting a few factors and estimating their joint dynamics. These methods have become important tools for academic research on macroeconomic modeling, as well as for policy makers and market practitioners. Her work reflects an impressive mix of scientific rigor with real world and policy relevance. Lucrezia Reichlin also influenced economics in Europe outside of academia, particularly through her role as Director of Research at the European Central Bank.

Motivation: Rachel Griffith is a leading empirical researcher in studies of innovation and productivity. Her influential contributions have brought new data sets, particularly firm-level data, to bear in answering classic economic questions about what drives the process of innovation and what determines differences in productivity levels between firms. This has furthered our understanding of the determinants of R and D spending including responses to policy changes. Her research is invariably of a high standard using appropriate empirical methods and data to great effect. Her citizenship and service to the profession in Europe has been recognized by her election to President of the European Economic Association. She was the first woman to hold that position when she takes office in 2015.

Motivation: Hélène Rey has made pioneering contributions to our understanding of international finance. In a seminal contribution, she demonstrated that looking at a country’s asset positions helps predict current-account adjustments and applied this insight to the case of the United States. Unlike emerging economies, the latter has large assets positions in foreign currency and liabilities in dollars, making the country richer when it devalues. Another key research line of hers stressed the importance of transaction costs in the trade in goods and assets and their impact on the economy. Applications of this coherent body of research include the slow adjustment of exchange rates toward purchasing power parity, the home bias puzzle in international portfolio allocation, and the possibility of sudden stops in trade and capital flows. Finally, Hélène Rey has been much involved in the public policy debate, most recently through her analysis of the international monetary system. She is a most worthy recipient of the inaugural Birgit Grodal award.