The EEA Standing Committee on Women in Economics, known as WinE, was established on the request of EEA President - Elect, Brigit Grodal, in 2003.

WinE’s objective is to support women in the economics profession by facilitating the formation of networks, by circulating information on, or relevant to, female economists, and by providing a forum for discussion of issues relevant to women in economics. Its initiatives include an annual Mentoring and Networking Retreat, the creation of a website that monitors the status of women in the economics profession and a WinE Bibliography. Moreover, the WinE Committee had a very important role in the instigation of the Birgit Grodal Award.

Female economists are invited by WinE Committee to write short non-technical summaries of some of their recent work. The most recent summaries are written by Nicola Fuchs-Schündeln (Goethe Universität Frankfurt) and Michèle Tertilt (University of Mannheim)

The WinE Retreat - an all-female event run annually since 2013 - is open to young female economists with positions (post-doctoral fellows, lecturers, researchers) at academic and research institutions, who obtained their PhDs less than five years prior to the retreat.

The Retreat is organised by the WinE Committee. A scientific co-Chair is nominated by the Econometric Society.

The WinE Retreat is funded by the EEA and Econometric Society. This funding is supplemented by an annual donation from The Review of Economic Studies (since 2015) and the European Central Bank (since 2017).

Find out more and register for the 2022 Retreat

Research on Women in Economics

WinE has created its WinE Bibliography, listing all research that looks at women in the economics profession.

In 2018, WinE tried to address the concern about how they could evaluate the status of women in economics without proper data. The results of such discussions lead to the development of a website presenting the results from a web-based tracking tool about the proportion of women working in economic research institutions in the 300 most highly-ranked economics departments in Europe.

The data collection has been taken further, with financial support from EEA, by WinE Committee member, Guido Friebel, and Sascha Wilhelm, both at Goethe University, Frankfurt. 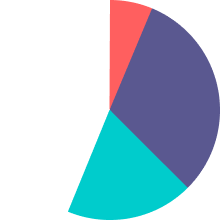